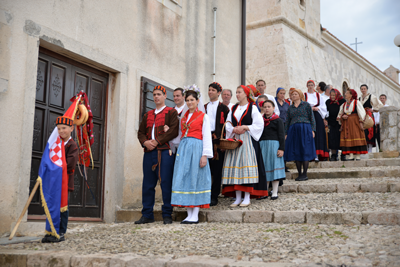 Cultural-artistic association "Zora" is the oldest folk group of the Šibenik region, founded in 1966, although already since the late 18th century, it has acted as an organized group that transmits from one generation to another folk creativity with the aim of preserving and fostering national wealth, specific for this area of the island of Murter. It carefully nurtures its cultural and artistic heritage, songs, dances, chants, wranglers, nursery rhymes, mocking songs ... as a priceless treasure for a settlement of ship caulkers, shipbuilders, farmers and fishermen.

People from Betina have carefully cultivated their fertile Betina fields, harvested, sold and lived of their fruits of the earth, and they lived the song and dance like the air they breathed loved and cherished every day. Back then, as well as today, people danced their Betina circle dance influenced by Dinaric folk elements; silent circle dance, with two-part singing and unison endings, brought to them by immigrants from the mainland and the inland at the end of the 16th century.

Family Filipi contributed to the development of folklore - shipbuilders who came from Korčula in the middle of the 18th century, and brought with them their customs and dances. One of them is "Kanata" which was extremely important for ship builders and residents of Betina, because "Kanata" commemorated launching and completion of a big business deal for Betina caulkers. For this occasion, newcomers from Korčula danced their circle dance Kanata, a dance with Adriatic folklore elements, with music and two-part singing.

Hence the indigenous people of Betina gradually changed their folk expression, but kept the Adriatic and Dinaric influences adapting them to their customs and temperament.
The cultural-artistic association "Zora" today nurtures its heritage, inherited from ancestors. "Zora" brings together 40 members of all generations in order to promote folk and cultural heritage through folklore. They are proud "guardians" of the old Betina circle dances, Balambrin or Circle dance in a cross, the oldest dances of Murter, and of the circle dance Kanata.

Since 1995 "Zora" has been organizing a folklore festival that has become traditional. The group has held numerous successful performances in Zagreb, Vinkovci, Ðakovo and Metković.
They have participated in international festivals, where they delighted all participants with their costumes and exceptional folk expression of their community. 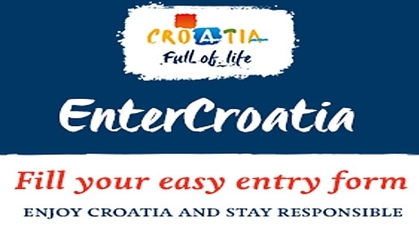